For parents who rely on baby formula—whether by choice or due to medical necessity—the nationwide baby formula shortage has become increasingly difficult to ignore. According to the Wall Street Journal, Walgreens, Target, CVS, and Kroger have all begun rationing supplies of formula. 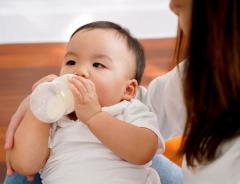 Covid lockdowns, combined with a product recall by formula manufacturer Abbott Nutrition, have created a very real shortage in a product that is key for proper nutrition in many children.

With the shortage have come the usual half-baked bromides about “evil corporations” and how baby formula companies are supposedly not regulated enough. Throw in a few references to “late-stage capitalism,” and you’ll get a good taste of the usual “blame capitalism” narrative that accompanies every bout of shortages or rising prices.

Formula Is Heavily Regulated and Subsidized

In reality, federal government intervention in the formula market is rampant. Thanks to the Special Supplemental Nutrition Program for Women, Infants, and Children (WIC), formula companies are heavily subsidized by voucher programs, which means that the US government is “provid[ing] more than half of the formula that is used in the US.”

Within these voucher programs, funds are funneled to select corporations through programs that grant a company “the exclusive right to have its formula provided to WIC participants in the State.” In practice, this means the largest companies with the most lobbyists are able to dominate the subsidized portion of the market. Since the subsidized portion of the market is so huge, usually those subsidized companies dominate the market overall. This makes it harder for newcomers to break into the market and offer any real competition. This means the marketplace becomes reliant on a small number of large firms… Read the Rest, or hear the Audio:

More on the Mises Takeover of the LP  Next Post :
Previous Post :   The Civil Liberties-Crushing Truth About January 6