Article IV, Section 4 of the U.S. Constitution reads,“The United
States shall guarantee to every state in this union a republican 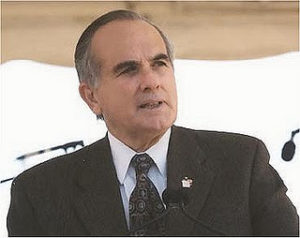 form of government.” A state government republican in form is a
government based upon the consent of the People and the Rule of
Law. New York State is experiencing the peaceful demise of
republicanism.The Amazon Deal is but one current example. It violates Article VII, Sections 8 and 11 of the New York State Constitution…

Bob Schulz, 79 years young, resides in Queensbury, NY – near Lake
George in the foothills of the Adirondacks, where he and his wife
of 56 years raised four children, thoroughbred horses and sheep.

Bob’s second career, spanning four decades, has been devoted to
educating people in NY and around the country about the Cause of
Liberty; teaching them about their natural Rights and the
importance of protecting and defending our state and federal
Constitutions which are meant to secure those Rights.