As amended at the LPQC Special Convention held on December 10, 2016; reaffirmed by the Executive Committee on August 8, 2020

Section 1. Name: The name of this organization shall be “Queens Libertarians.”

Section 2. Territory: Queens Libertarians will primarily hold events and meetings in Queens County but may also operate and recruit members from outside Queens County.

Section 1: Purposes: The purposes of Queens Libertarians shall be as follows:

Section 1. Membership: Queens Libertarians shall have the following two classes of membership:

Section 3. Failure To Maintain Good Standing: Any member who is disruptive at meetings, insults members or guests of Queens Libertarians, spams our Yahoo Groups, or takes any action deemed not to be “in the best interests of Queens Libertarians” may be designated by the Executive Committee as having lost their “good standing” in the organization for a period of time to be determined by the Executive Committee. Loss of “good standing” shall cause the loss of that member’s right to attend or vote at meetings and conventions of Queens Libertarians, in addition to other sanctions that may be imposed.

Section 4. Meetings: Meetings of the Executive Committee shall be held at least quarterly during the calendar year and may be held by teleconference if circumstances necessitate it.

Section 5. Parliamentary Procedure: The rules contained in the latest edition of Robert Rules of Order may be referred to for guidance but the parliamentary procedure to be followed at meetings shall be established informally by custom or formally through adoption by the Executive Committee.

Section 6. Term Of Office: The term of office of all officers shall run from January 1st to December 31st of each calendar year.

Section 8. Endorsements: The Executive Committee has the power to endorse all candidates of any party seeking the endorsement of Queens Libertarians.

Section 1. Standing Committees: The three standing committees of Queens Libertarians shall be the following:

Section 2. Appointments: The Membership, Social and Campaign Committee Chairs may appoint members of Queens Libertarians in good standing to serve on their committees and may dismiss said individuals without cause.

Section 1. Annual Convention: Queens Libertarians shall hold an Annual Convention between January 1st and June 30th of each calendar year on a date and at such time as shall be determined by the Executive Committee.

Section 2. Notice: The Executive Committee must give the membership at least seven (7) days advance notice of the date and time of each Annual Convention. The notice must be by written communication sent directly to each member or by posting to a previously designated Yahoo Group or website.

Original note from Past President

By the deliberate choice of the members, the Queens Libertarians is now an independent libertarian organization no longer associated with the failed Libertarian Party, that has been unable (update: except in 2018) to obtain 50,000 votes in a gubernatorial election since 1971 (45 years!). 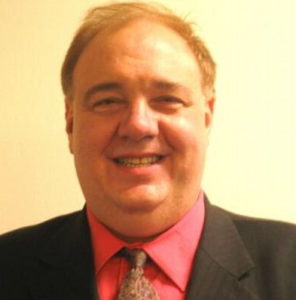 statewide in the same manner. If any other chapters associated with the Libertarian Party wish to follow our lead, they are welcome to do so.

New York State currently allows you to register Democrat, Republican, Conservative, Green, Working Familes, Independence, Women’s Equality, Reform or Other. If you tried registering Libertarian, your choice was probably not recorded. I registered Libertarian and by this past election, I was still listed in the books as Republican.

We need to build ties with other political parties in order to identify candidates who are good on our issues. I recommend you register in one of them and attend their meetings as our representative. I have already re-registered Republican. You can download and mail in this form to choose the party of your choice.

For the past three years, I have been Queens LP Chair. There has been peace during that time until Mark Glogowski, the new Libertartian Party Chair decided to stir the pot to promote peace and reconciliation. John Clifton and I cooperated with him fully but being a political novice, he was not only unable to maintain his upstate support for his program but faced a backlash where three of the chartered chapters were de-chartered by the State Committee. I offered to resign as Chair if that would make any difference. However, like in the past, I was unanimously encouraged to run again, and reluctantly, I agreed. John Clifton relayed that fact to the powers that be. Mark Glogowski will now try to form new entites in the counties where chapters were de-chartered but we will have nothing to do with that.

Where liberty is at stake, I have no time for infighting or bullshit. We will proceed onward and upward with more freedom and flexibility. All will remain as it has been. We will continue to meet on the second Saturday of every month from 11:30 a.m. to 1:30 p.m. and go to lunch afterward.

If you have any questions, please do not hesitate to ask.