James, You have made a good point about kids under the age of adulthood. We should treat their use of guns the way we treat their use of automobiles. We don’t restrict the type of automobile they use, and we don’t restrict the size or cost of that vehicle. The standard for automobiles is to train those who are young, and once approved, the can drive as long as they do no harm to another. But, all the gun training classes were removed from schools. Laws are being created that restrict and prevent everyone from carrying a gun – no matter how responsible they are. What has happened in society is that society has lowered the standards of expectation concerning what responsible people will do. Apparently it is OK for responsible adults to stand around, helpless, as kids and other adults (teachers) are shot. 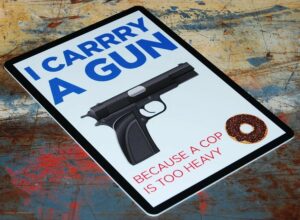 Mark, you say: “It will not be until society says enough is enough and adults are allowed to intervene on behalf of would be victims that such shootings will stop. . . So, let’s bring guns back into schools . . ” Do you have evidence to validate your assertion? Do you know teachers who are willing and able to comply with your suggestion? I think the US could learn a lot from the Australia and New Zealand’s models: “It is illegal to carry a gun or any weapon in public in Australia, concealed or otherwise.” (Google)

The Second Amendment is antiquated and does not do what gun fetishists say it does. It is a militia amendment intended to enable states to respond to slave rebellions and Indian uprisings. It needs to be repealed and a serious gun debate needs to take place. I agree “enough is enough.” “Reuters/Ipsos poll of 6,800 Americans in February 2019 found that 69 per cent of respondents supported strong or moderate restrictions on firearms.” (See ibanet article referenced above.) Let’s let democracy handle the issue instead of the Supreme Court, gun lobbyists, and a corrupt Congress.

Steve’s contention that the Second Amendment (2A) is merely a state militia amendment is belied by the Federalist Papers, 225+ years of US case law, and two recent Supreme Court re-affirmations of it being an INDIVIDUAL right to keep and bear arms (in the Heller and Bruen decisions). Since those two rulings happened in the last 15 years, the understanding that it is a right is not an antiquated, but current view. There would also be no need for 2A to have a “shall not be infringed” clause, since implicit in the theory that 2A meant state-run militias is that it could be freely controlled and infringed upon by those states. According to Bearing Arms, the left is
“wrong about the effectiveness of Australia’s sweeping gun ban. Homicides were already trending down in Australia long before the ban and confiscation efforts took effect, and while it continued to drop for several years afterwards the number of homicides have been increasing again in recent years.
Gun control activists in Australia haven’t declared success either. In fact, they’re calling for a ban on semi-automatic handguns and bemoaning the fact that gun ownership rates are actually increasing across the country. Their goal isn’t to “control” firearms, but to eradicate gun ownership entirely.”   https://tinyurl.com/unv6zebf
Additional AUSTRALIAN studies rebutting the effectiveness of that country’s ban are discussed here:
https://www.nationalreview.com/2015/10/australia-gun-control-obama-america/ 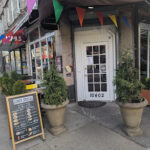