Have Middle Class Families Been “Tricked and Fleeced?” Taleb on Student Loan Bailouts

Have Middle Class Families Been “Tricked and Fleeced?” Taleb on Student Loan Bailouts

In a brief Twitter thread, the author of the bestselling books that deal with the extreme impact of rare events and argues for systems to be built “anti-fragile”, argued that the cost of Biden’s “debt jubilee should be borne by universities, not taxpayers.”

The economist went on to say that “middle class parents were tricked & fleeced” by the implicit promise that a U.S. college degree would guarantee a good job.

“If a U.S. college degree appears to be useless, it is by design,” he said, arguing that liberal arts degrees amount to “training for upper class free men (liber) who were above having a profession.”

Vocational and professional schools, on the other hand, are meant to prepare people to take on jobs that pay money, he added.

“You learn to earn $$ in vocational or professional schools.” 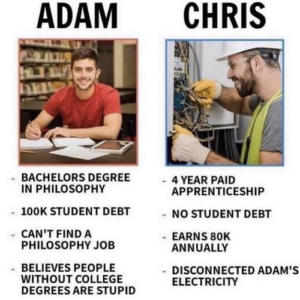 The White House says Biden’s student loan forgiveness scheme is estimated to cost $24 billion per year, or $240 billion over a 10-year period. Projections by the Penn Wharton Budget Model and the Committee for a Responsible Federal Budget put the figure at between $330 billion and $500 billion over a decade, respectively.

Under Biden’s sweeping forgiveness plan, taxpayers will absorb up to $10,000 in outstanding student debt for individual borrowers earning less than $125,000 per year or $250,000 for married joint filers.

Taleb joins a growing chorus of both Republicans and Democrats that have panned the debt wipeout as unfair to people who sacrificed to pay off their student loans or never racked them up in the first place but now have to foot the bill for other people’s debts.

Taleb did not weigh in on the fairness of the forgiveness scheme itself but aimed his criticism chiefly on the U.S. education industry, but as Tom Ozimek writes at The Epoch Times, Taleb’s remarks that universities – rather than taxpayers – should bear the cost of the student debt jubilee dovetails with the view that it’s unfair for America’s working class taxpayers who didn’t go to college to have to pay for the student loans of those who racked up debt for advanced degrees that have proven of little value on the job market.

Sharpe Urges “Pack the Court” Appeal Effort This Friday In Albany  Next Post :
Previous Post :   “We Have to Keep Fighting”–Larry Sharpe Update 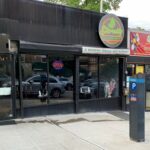