Can one really hold to a libertarian philosophy if they have Stratfor ties? You be the judge, of research released about the 2016-8 chair of the National LP. Below is the result of documents leaked by Wikileaks and reported by the Free Thought Project:

In late 2011, hackers managed to crack into the databases of the global intelligence firm Stratfor and found a large volume of 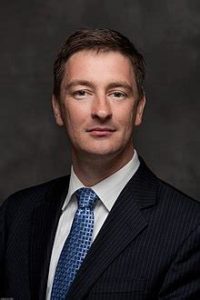 information that connected the firm with military contractors, government agencies, and confidential informants.

In the first months of 2012, these documents were made public by Wikileaks and included millions of emails, which showed Stratfor’s web of informers, pay-off structure, and other vital information about their covert operations.

Stratfor has picked up the nickname “Shadow CIA” and had relationships with Dow Chemical Co., Lockheed Martin, Northrop Grumman, Raytheon, Goldman Sachs and various government agencies, including the US Department of Homeland Security, the US Marines, and the US Defense Intelligence Agency.

The leaked data has been published on Wikileaks website for years and is known as the Global Intelligence Files. Due to the large volume of data involved in the leak, years later researchers are still pouring through the files in search of clues that give a glimpse into secret government operations, or possible names of informants.

This week, The Free Thought Project received a tip from one of our readers that Nicholas J. Sarwark, the current Chairman of the Libertarian party, was named in the Global Intelligence Files. Sure enough, a quick search of the Wikileaks website shows a number of listings for Sarwark’s name. One listing had an address that is tied to one of his businesses.