Businessman and crypto ICO advocate John McAfee has announced his intentions to run again for POTUS in 2020. In a twitter announcement, McAfee indicated he will give the Libertarian party 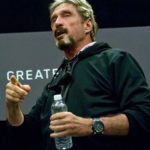 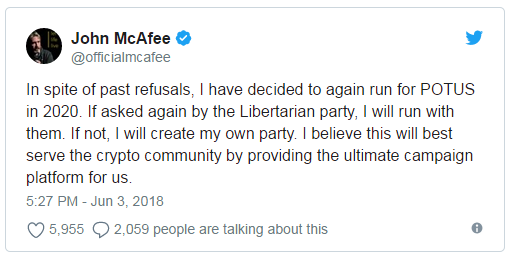 Sharpe Speaks on North Korea and Other Topics  Next Post :
Previous Post :   Lucian Wintrich of the Gateway Pundit Discusses the Growth of the Alternative Media