Lessons of the Covid Crisis: Transcript and Discussion

Lessons of the Covid Crisis: Transcript and Discussion

Dr. Phil’s presentation on Covid from the February QL meeting, and his reply to the member discussion that followed. An additional note that reflects the other members’ side is also below:

Lessons of the Covid Crisis: How We Can Do Better © 2022 By Philip Ernest Schoenberg, PhD

How has the covid-19 pandemic affected your life?

At the beginning of 2019, British Prime Minister Boris Johnson consulted two of the world’s leading experts of epidemiology on what to do of the 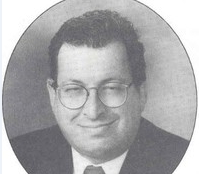 outbreak of covid-19 pandemic. Neil Ferguson, research epidemiologist of London’s Imperial College, scared the bejesus out of the prime minister by declaring his mathematical modeling projected that one million Brits would die if the country did not lockdown. Dr. Anders Tegnell, the official Swedish State Epidemiologist, who worked for the Public Health Agency of Sweden, advised against lockdowns. He argued there were no data to indicate that they would work. Furthermore, there would be immense collateral damage to society and to the economy. Boris Johnson, the British prime minister, decided to follow China’s decision to lockdown as well did virtually almost the rest of the world. Was this the right decision?

• Part I. Before the Crisis—Plan how to work together.

Benjamin Franklin wrote in Poor Richard’s Almanac, “an ounce of prevention is worth more than a pound of cure.”

Edgar Allan Poe in his 1842 short story, “The Masque of the Red Death” in which implementing a quarantine did not work, began the long literary and cinematic tradition predicting doomsday by pandemic. Numerous documentaries, histories, and novels have revisited the Spanish Flu pandemic of 1918-1919 or dramatized future epidemics as science fiction possibilities or as horror stories… Read full text here.

Thank you for listening to my presentation and your support.

After I gave my presentation on Lessons of the Covid Crisis: How We Can Do Better, the discussion meandered into the world of unfounded conspiracy theories in which Dr. Fauci is blamed and scapegoated for the origin of the corona-19 virus. Dr. Rand Paul has led the conspiracy charge against Dr. Fauci.

What are the creds of the two contenders?  Dr. Rand Paul is an eye doctor turned politician.  He is the polar opposite of Bernie Sanders, the socialist, who is a libertarian.  Both know how to be demagogues.  Both have written best-selling books to explain their philosophies.  Dr. Paul’s most practical contribution is to covid debate is to become  the first senator to get the covid-19.  He received bipartisan criticism from his colleagues sharing this with several of them before he bothered to get tested and self-isolated…. Read full text here.

Special Note: With deep respect to Dr. Phil, but in fairness to other members who commented, the ‘COVID was created by the Wuhan lab and funded by Fauci’ position is not an ‘unfounded conspiracy theory.’ The National Institutes of Health admitted in writing to this last fall, as reported by Lew Rockwell and others. NIH also stated this under oath in Senate hearings, in direct contradiction to what Dr. Fauci had previously testified.

Fauci himself is a long term government official, thus also may be subject to using political demogagic tactics, such as mischaracterizing even Ivy League level scientists who disagree with him as being ‘fringe.’ Much of his dispute with Sen. Paul consists of Paul QUOTING Fauci’s statements of this kind to him and confronting him about it. See a key exchange between the two here: https://youtu.be/kz7OGxb9X6E