Midwife Charged With 95 Felonies in NY State for Delivering Babies

Midwife Charged With 95 Felonies in NY State for Delivering Babies

Note: This disturbing story excerpted from Liberty Conservative News shows the nanny state wants no competition. So much for wanting women to “make their own  health decisions”—that appears to apply only if they are killing babies in abortion. The lady in question has a GoFundMe account for those who would like to help her meet her legal expenses.

A midwife is facing life in prison and being charged with an astounding 95 felonies for delivering babies against government regulations in the state of New York. 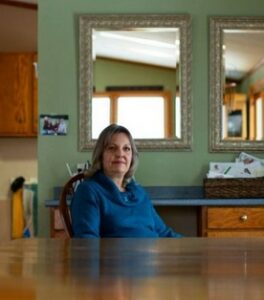 The case has serious ramifications for religious freedom as well, since midwife Elizabeth Catlin is a Mennonite and provides birthing services for people who share her religious beliefs.

“These women need resources, they need help,” Melissa Carman said to Yahoo News. Carman is the President of NY CPM, a non-profit that works to change New York laws to more readily allow the certification of midwives in the state.

Carman believes that Caitlin’s case is an indicator that “the heart of midwifery — the compassionate care that was given, the relationships built and the trust in a provider — is gone.”

Caitlin is even being charged with criminally negligent homicide, an allegation that she finds to be “the most devastating.”

“What they’re trying to do, I guess, is make some kind of crazy example of this person — for what, I’m not exactly sure,” said Vicki Hedley, president of the Midwives Alliance of North America (MANA).

“The fact that she is being indicted for negligent homicide is way over the top, since the baby died six hours after being in her care,” she added.

“Criminalizing women for helping other women have babies tells us all that women still are not free to make our own health care decisions — even about something so extremely personal,” said Cristen Pascucci, founder of the organization Birth Monopoly….