Even de Blasio, like a broken clock, is right twice a day. Reposted from the Ron Paul Institute:

Last week, New York City Mayor Bill de Blasio announced the city had eliminated charges for phone calls made by inmates in city jails. Karen Matthews of the Associated Press reported that New York City, with this elimination of fees that had been 50 cents for the first minute and five cents for each additional minute, is the 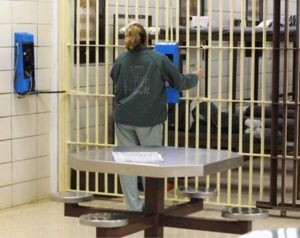 This is a welcome move against what I described in an October of 2013 Ron Paul Institute article as “phone system monopolies that charge inmates’ families and friends exorbitant rates to communicate with their incarcerated loved ones.”

New York City is not alone in rolling back or eliminating the phone call fees. In August, for example, the Texas prison system voted to implement an over 75 percent reduction in phone call fees for Texas inmates.

De Blasio, quoted in Matthew’s Associated Press article, succinctly describes some of the benefit of eliminating the fees, stating that making the phone calls free will ensure “people in custody have the opportunity to remain connected to their lawyers, families and support networks that are so crucial to re-entry into one’s community.”