Bonner Recovers, and Other Year-End Notes

Bonner Recovers, and Other Year-End Notes

One of the top petitioners (primarily) for the LP nationally and in New York for decades, Darryl Bonner, is recovering from a stroke he suffered in early December. Bonner, while participating in a petition drive in Alabama, was persuaded to go to the ER when he showed signs of having 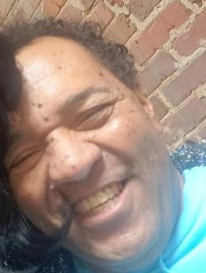 issues. A GoFundMe page was set up to cover his medical expenses, that has at this point reached its financial target. Bonner has often obtained most of his signatures for the party in NY campaigns from Queens and Brooklyn. He has since returned home, and we wish him well in his recovery.

The annual toy drive conducted by QL’s Michelle Yaskel has concluded successfully, with 95 toy items distributed to New York Families with Autistic Children (NYFAC). We encourage other Libertarian committees and groups to likewise sponsor a community based cause to improve their engagement in their counties or region.

QL’s 2021 Thomas Stevens Award recipients were revealed at the Christmas or Holiday Luncheon on December 11. The Local Libertarian award was given to John Clifton, for his efforts at sustaining QL in the two years following the passing of Dr. Stevens. Naturopathic Doctor Saul Marcus was named for the National Libertarian award, for his health freedom advocacy in combating the ongoing tyranny of the COVID narrative.

Queens Libertarians has increased its Meetup.com numbers from 167 to 198 members in 2021, and expects to expand those totals significantly in the coming year, when its newsletter and alternative social media presence fully launches. QL returns to OBA Grill restaurant in Forest Hills for its next regular meeting on January 8.