QL Hosts Stacey Prussman on Her Campaign for Mayor

QL Hosts Stacey Prussman on Her Campaign for Mayor 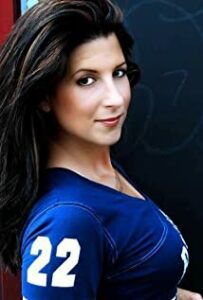 Queens Libertarians is proudly hosting “Meet Stacey Prussman, LP Candidate for Mayor” on Saturday, January 9, 2021 at 11:30 am at Takara Sushi Restaurant, in Whitestone, New York. In this intimate and relaxed setting, actress, comedian, podcaster and radio talk show host Prussman will discuss her career, views, and decision to seek the LP nomination for NYC Mayor.

Stacey Prussman is a national touring headlining stand-up comic, a radio host, actress, and a public speaker. Stacey is a proud, life long, native New York City resident, born and raised in South Brooklyn. She started serving her community at the age of 16 as a liaison between her high school and the league of women voters. She later worked with Headcount as a coordinator for a successful, bipartisan, voter registration campaign. Stacey’s compassion drove her as an animal rights activist as she developed her strong support for critical animal rights measures. Her history with overcoming an eating disorder led her to become a speaker and advocate for mental health awareness and she has given hundreds of keynote speeches at colleges, military academies, and treatment centers across the US. Her political website is https://www.prussmanformayor.com