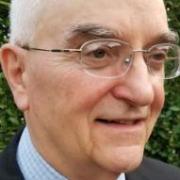 Join us on Saturday, November 13, 2021 at 11:30 a.m. at OBA Grill (corner of Austin St and 70th Rd) in Forest Hills, New York to discuss “Is the Federal Income Tax Constitutional?” Former LPNY Chair Mark Glogowski will expand on his essays concerning whether the tax was enacted, or is administrated in a manner consistent with the letter or intent of the Constitution.

Has the judicial case law been coherent in interpreting issues relating to the income tax? Was the 16th Amendment properly ratified? Is the tax positive law, or part of a private code? And is the application of the tax (or the jurisdiction of the IRS) to assess and collect it unlimited? Our main speaker will be joined by additional members (Phil Schoenberg, Alton Yee, John Clifton) who may make additional presentations. Glogowski will speak 45 minutes, followed by discussion.  Details and directions

I am married. Two Daughters and a grandson. I have a BS from the University of Rochester, an MS from Rochester Institute of Technology, and a PhD for the University of Tucson. Worked at Eastman Kodak in their Research Labs for 32 1/2 years. Retired. When I was 18, I registered as Democrat. About a year later I re-registered as a Republican. Became the Republican Town Leader for three years for the Town of Hamlin in 1980. In 2009 joined the Libertarian Party. Became the LPNY Chairman in 2015. Was re-elected in 2016 and 2017. Became the FLP Chairman in 2019.

Was the Libertarian candidate for the NYS Assembly District 139 in 2012, 2014, 2018, and 2020. Wrote “The Political Primer: Fundamentals of Politics”, published it in 2011, Trafford Publishing. Self published, “To Cross-Endorse or Not Cross-Endorse?” in 2020, which is a in depth analysis of the impact of cross endorsement of NYS Congressional, Senate, and Assembly candidates in the 2018 general election. It is available on amazon and Ingram press. . Began a series: “The Political Primer: The Story of Jake”. Two episodes published. The 3rd to be released soon. The second edition of The Political Primer: Fundamentals of Politics is being worked on.
My campaign website is still up. www.glogowskiforassembly.com.