WE ARE HAVING AN IMPACT! Assembly Bill A8683, which restores independent petitioning thresholds to pre-2020 levels, has been amended to further reduce per-congressional-district signature requirements. In addition, a “same as” Senate bill, S8730, has been introduced by Senator Boyle (R, SD 4). These are huge developments, as it indicates the bill is moving forward amidst and despite the public focus on getting the state budget passed. 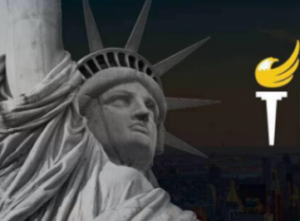 In addition, the LPNY Legislative Affairs team identified technical errors in the amendment which Mr. Salka’s office confirmed and has committed to correcting with a subsequent amendment.

To recap: Assemblyperson John Salka (R, AD 121) and four Republican co-sponsors in the Assembly introduced Assembly Bill A8683, relating to the number of signatures required for independent nominating petitions. This bill reestablishes pre-2020 signature and vote thresholds and independent petitioning schedule that are key to winning back and maintaining our ballot access. In brief, this bill does the following:

-Increases the length of the independent petitioning period from 6 weeks to 12 weeks;

-Moves the independent petitioning period from April/May to June/July/August.

A8683 is back in the Assembly Election Law committee, S8730 is in the Senate Election Committee, and we need your help to get them to the floor. Just as importantly, these bills need Democratic co-sponsors, as well as awareness and additional support in both chambers. Because we are quickly approaching the independent petitioning period, we need you to take action today:

Contact Assemblyperson Latrice Walker, chair of the Assembly Election Law Committee, and tell her you support A8683. Contact the the other members of the committee, listed here.

Contact Senator Zellnor Myrie, chair of the Senate Elections Committee, and tell him you support S8730. Contact the other members of the the committee, listed here.

Search for your assemblyperson here or find their email address and office phone number here.

Call and email your representative in the NYS Assembly, and ask them to support A8683. If your assemblyperson is a Democrat, additionally ask they sign on as a co-sponsor to A8683. Be concise, respectful and non-partisan – this is an issue that affects ALL voters and their freedom of choice at the ballot.

Find your State Senator here, then click on their name, then “Contact”. Call and email your State Senator to make them aware of the legislation, and voice your support for S8730. If your state senator is a Democrat, additionally ask they sign on as a co-sponsor. Again, be brief, respectful, and non-partisan.

THIS BILL MUST MAKE IT OUT OF COMMITTEE AND ONTO THE FLOOR, QUICKLY. Please take action today to help ensure our candidates can get on the ballot with the same ease as duopoly candidates.

Thank you for all that you do.
In Liberty,