Dr. Phil wrote about the Afghanistan debacle just a few days ago, and since then, already the main city has been taken, and the country is again under the full control of the Taliban. He has hard questions for then President George W. Bush, and the whole interventionist cabal who got us into this mess. Can we all be a bit more anti-war now?:

The Taliban are about to knock on the door of Kabul after taking Ghazni, Afghanistan’s second-largest city, only eighty miles away on August 12, 2021. Well-armed government troops outnumbering the Taliban melted away and abandoned their arms as the Taliban began to take over one provincial capital after another in the past few weeks. 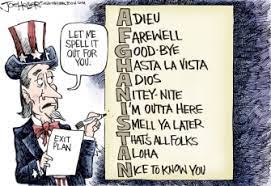 In 1979, the Soviet Union tried to support a sympathetic regime in Afghanistan by invading the country. Although about 15,000 Soviet soldiers were killed, and about 35,000 were wounded along with two million Afghan civilians killed, the Soviet Union withdrew in 1989 after ten years. The US and its allies had provided support to the mujahedeen dubbed freedom fighters from whom the Taliban metastasized from. Little more than two years later, the Soviet Union came to an end on Christmas Day, 1991.

In 2001, having learned nothing from the Soviet invasion of Afghanistan and its own experience in Vietnam, the USA under President George W. Bush decided to invade Afghanistan. On May 1, 2003, George W. Bush landed on an aircraft carrier to speak. Behind the podium, hung a sign, “Mission Accomplished.” Once in Afghanistan, he had no plan to get out. A total of 2,312 US military personnel in Afghanistan have died and 20,066 have been wounded since 2001. The number of civilian deaths in Afghanistan ranges from 35,000 to 40,000, while the cost of military operations is put at $824 billion. In the end, American blood, might, and treasure could not give Afghans the gift of freedom that they were unwilling to defend.

Three questions:
1) Should we put George W. Bush on trial as a war criminal?
2) Why are we are unable to win wars against insignificant foes in Vietnam, Afghanistan, and Iraq?
3) Should we have a volunteer legion for those in favor of future intervention who can volunteer regardless of age, physical condition, gender, age, and status as life to serve on the front lines with no armchair generals permitted? This would include any US president and any Congressman who voted in favor.

Is Mandating COVID Vaccine Use Consistent with Libertarian Beliefs?  Next Post :
Previous Post :   9-11 After Twenty Years: Cultural and Political Issues